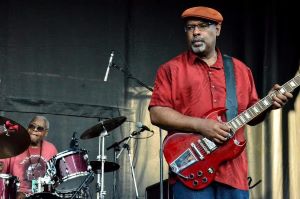 Junior Mack has fronted Jaimoe’s Jasssz Band since 2006 and has been a longtime star of the new York blues world. He also starred on Broadway in the critically acclaimed Lackawanna Blues. He has performed in recent years with Phil Lesh and Friends, Oteil Burbridge and the Marshall Tucker Band and been a frequent guest of bands including Tedeschi Trucks Band, Gov’t Mule, Marshall Tucker Band and Los Lobos.

Junior picked up a guitar and taught himself to play at the age of nine. His soulful style is rooted in gospel and blues. Among his vocal influences are The Soul Stirrers with Sam Cooke and Paul Foster, The Sensational Nightingales with Reverend Julius Cheeks, and Gregg Allman. Inspiration for his guitar playing include Lightnin’ Hopkins, Duane Allman, Dickey Betts, Jan Akkerman and Wes Montgomery.He was nominated for a Grammy in 2012 with The Heritage Blues Orchestra,

Junior Mack is as good as anyone.” -Jaimoe

“Junior Mack is a beast!” 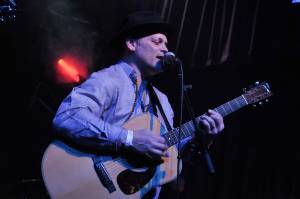 Alan Paul is the author of two New York Times Best Sellers – One Way Out: The Inside History of the Allman Brothers Band and Texas Flood: The Inside Story of Stevie Ray Vaughan. His first book, Big in China: My Unlikely Adventures Raising a Family, Playing the Blues and Becoming a Star in Beijing, is about his experiences raising a family in Beijing and forming an award-winning blues band with three Chinese musicians and touring the nation, appearing on TV and radio throughout the nation. Paul interviewed almost 100 people for One Way Out, including all surviving band members and many friends and associates, including Eric Clapton. He spent 25 years reporting on the band, touring with them, and receiving exclusive access.

“No one knows the story of the Allman Brothers better than Alan Paul.” -Warren Haynes

Dickey Betts band for 12 years. Co-Author of “Texas Flood: The Inside Story of stevie Ray Vaughan.” 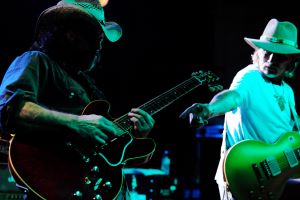 Andy Aledort toured the world as a member of Dickey Betts and Great Southern for 12 years. He has been an essential contributor to the international music scene as a performer, journalist, and instructor for decades. Andy has also recorded and toured with original Jimi Hendrix bandmates Mitch Mitchell and Buddy Miles, and with Stevie Ray Vaughan’s band Double Trouble featuring Chris Layton and Tommy Shannon. Andy has also sold over one million guitar instruction DVDs and is an editor for Guitar World Magazine. He and Alan Paul are the co-authors of the New York Times bestseller Texas Flood: The Inside Story of Stevie Ray Vaughan.

Tone, taste, chops… Andy Aledort has it all.” – Warren Haynes

“Andy is a really great guitar player and a pleasure to play with. He’ll intimidate you!” – Dickey Betts 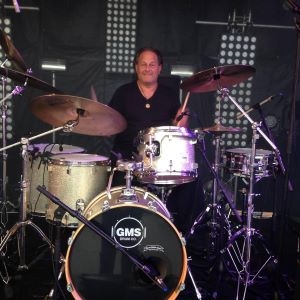 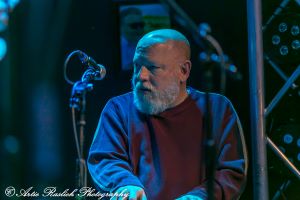 Mike Katzman is a much respected and in-demand New York based keyboard player, singer and composer who performs with his own groups Jellyband and MKU as well as working with Andy Aledort and The Groove Kings, The Electrix, Grammy winning artists Leslie Mendelson and Andy Falco and numerous other local bands. He has been a member of Friends of the Brothers since 2020.

He was raised by wolves from the age of 5 and continues to be slowly (but steadily) integrated into human society. That said, it is advisable not to get between him and his food. 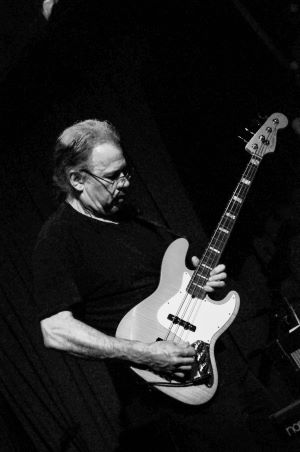 As a young boy, Craig Privett could always pick out the bass lines in any music that he would hear. Whether it was Bach or the Beatles, he would just start humming along. The first time he put a bass guitar in his hands, he realized that was where he belonged, and the feeling has never left him. He went on to study
with such renowned teachers as Sonny Dallas and Lincoln Goines; he has been playing electric bass regionally and nationally ever since. Craig has shared the stage with many accomplished musicians, including Jason Crosby, Dave Diamond, Rob Eaton, Peter Levin,  Jeff Mattson, Mark Newman, Zach Nugent, Jeff Sipe, Todd Stoops, Bob Weir, and Lamar Williams Jr. He strives to be a
versatile and creative player, with a special affinity for exploring the unique role of the bass in mprovisational music. 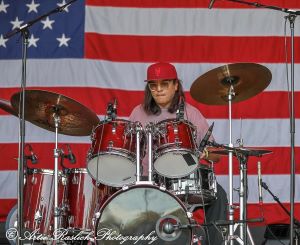 Dave Diamond is a multi-instrumentalist who fronts his own band as a guitarist and singer. He brings that overall melodic sense and compositional know-how to his drumming. The native of Long Island was a longtime member of the Zen Tricksters and has played with many stalwarts of the jam universe, including the Assembly of Dust, Jason Crosby and, in jams, with Derek Trucks, Bob Weir and many others.