You are here: Home1 / Band History

An Interview with Friends of the Brothers’ Alan Paul 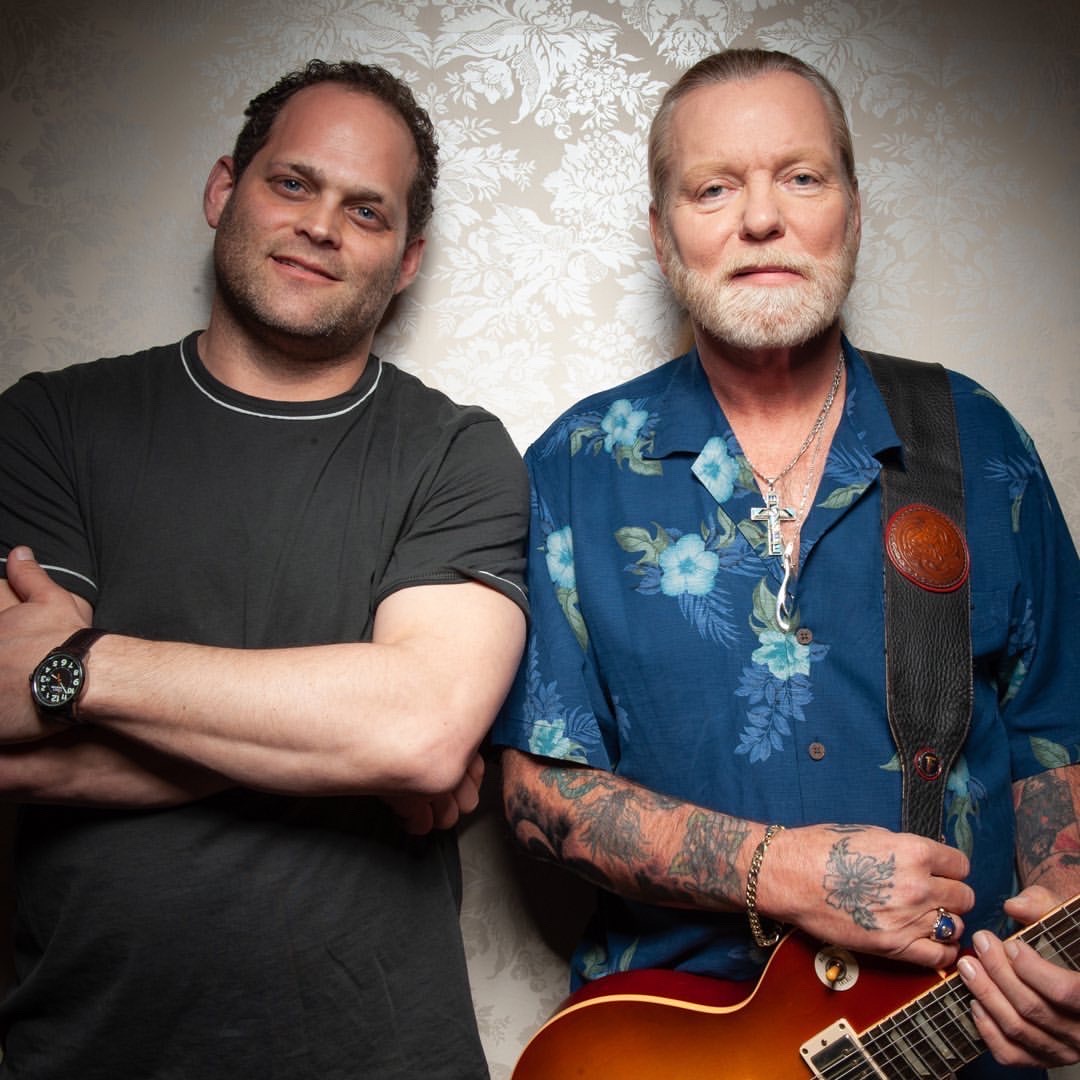 Alan Paul plays acoustic guitar and sings in Friends of the Brothers, a group that bills itself as “a celebration of the music of the Allman Brothers Band.”

The author of the New York Times bestseller One Way Out: The Inside History of the Allman Brothers Band, considered the definitive biography of the band, Paul had an inside view of much of the band’s last 25 years. The  band’s other frontmen also have close associations: guitarist/singer Junior Mack has fronted Jaimoe’s Jasssz Band for 12 years. Guitarist Andy Aledort played with Dickey Betts for over a decade. Aledort and Paul also co-wrote Texas Flood: The Inside Story of Stevie Ray Vaughan, another New York Times best seller,

Friends of the Brothers has quite a lineup. How did the band come together?
We came together to pay tribute to Butch Trucks, after his very shocking, very tragic death in January, 2017. I was pretty close with Butch and was just torn apart. Once the shock wore off a little, I was determined not to let his passing go unmarked. I wanted to pay him proper tribute, because Butch was as integral a part of the Allman Brothers Band as anyone and its greatest apostle and most fervent believer. So I called Butch’s goddaughter Kendall Deflin Corso, a friend of mine who worked at Live for Live Music, and we got to work on putting a show together, which they sponsored and helped promote.

I asked three friends who I thought were the absolute best at playing the music right to join: Junior Mack, who has played with Jaimoe’s Jasssz Band for a dozen years and is a true student and fan of the Allman Brothers, on guitar and vocals; Andy Aledort, my good friend and Guitar World colleague who played with Dickey Betts for 12 years; and keyboardist Peter Levin, who played with Gregg Allman for the last years of his solo band. All of them felt the same way I did about the music, about Butch, about the importance of doing it right and of making it a celebration.

Brandon “Taz” Niederauer opened and joined us for a few songs – he was 13 and just coming in to his own and Butch was his mentor. We sold out a club and we had a great show. It was done purely in passionate remembrance of Butch and love for the music, but we all had so much fun we decided to keep going. I ran into Peter Shapiro [Brooklyn Bowl, Capitol Theater owner] shortly after at a Grateful Dead symposium and told him about it and he said, “You need to play Brooklyn Bowl!” So we did. That spirit has stuck with us through every show. This band is based around our shared love of the Allman Brothers Band and our friendships with one another. It’s not just a gig.

You say that in the band bio and add, “The music is holy to us, but it’s also alive.” What does that mean?

The next thing I said was, “We honor our friends and mentors’ legacies by investing this great music with life, heart and passion. It’s not about copying solos, which would be completely against the spirit the Allman Brothers had from the day Duane Allman started forming the band in 1969.” I think that’s that sort of speaks for itself. Andy and Junior are master guitarists and they nail the parts that have to be played perfectly, as does everyone else. But we’re not looking to be a museum. That’s totally contrary to the spirit of the Allman Brothers Band’s music. Everyone takes the same approach. We listen to each other very intently and are ready to take any song anywhere without losing touch with what it’s supposed to sound like. My friend David Browne from Rolling Stone came to see us recently and said something I love: “You guys don’t sound like a tribute band. You honor the music, but play the songs as if you wrote them.” I was so proud of that I immediately asked him to turn it into a blurb we can use, because it really captured our approach.

When you say “everyone takes the same approach” who do you mean? There have been a lot of members of your band.

I mean everyone who plays with us! I wouldn’t quite agree that there have been a lot of members, but we do have a rotation of fantastic musicians. Pete has moved to Nashville and is playing with Amanda Shires, the Highwomen, Marcus King and lots of others. He still joins us when he can.

For most shows now, the keyboardist is Mike Katzman, who’s great, or Eric Finland, who played with Jaimoe, so has that connection, as well as with Eric Krasno, Son Little, Joe Louis Walker and lots of others. On drums is Dave Diamond of the Zen Tricksters and many other great bands and Lee Finkelstein, of the original Blues Brothers Band, and on bass is the great Craig Privett, who plays with Half Step and lots of other people.

Lamar Williams Jr., whose father was the Allman Brothers bassist from 1972-76 and played on most of Brothers and Sisters, their most popular album, sings us with often. He’s fantastic and we consider him a member of the band, but he’s gotten very busy, currently touring with the North Mississippi All Stars and the New Mastersounds, so he’s with us when it works. Everyone is busy, hard-gigging musicians so we have a rotation that includes drummers Van Romaine (Steve Morse, Dixie Dregs), Eric Kalb (Eric Krasno, Deep Banana Blackout) and Jeff Sipe (Warren Haynes, Col. Bruce) and keyboardists Jason Crosby (Jimmy Herring, Phil Lesh) and Steve Molitz (Particle, Phil Lesh, Robby Krieger). Regular guests have included saxophonist Ron Holloway (Gov’t Mule, Allman Brothers Band) and Kris Jensen (Jaimoe’s Jasssz Band) and guitarists Taz and Tash Neal (London Souls).

It’s an amazing group of musicians, all top shelf and all with the same serious, pure intent I was talking about. My own musical skill is a good Rolodex and a good sense of putting a band together. I know my limitations, stay out of the way and try to add some secret sauce with acoustic guitar.

Did you really spend 25 years reporting your book One Way Out: The Inside History of the Allman Brothers Band? And how did you get so inside with the band?

Sort of. I reported and wrote about the band for over 25 years, and it all contributed to the writing of the book, but I wasn’t working on it all those years – or I didn’t know I was! I started out as a regular journalist who loved the band and had a passion for the music. The first time I interviewed them
was when Seven Turns came out in 1990 and they had just reunited. I think I impressed some people with the band with how seriously I took it, interviewing Gregg, Dickey, Warren, Woody, producer Tom Dowd and original manager Phil Walden. I didn’t just write about the new album. That story changed my life, though I didn’t know it. First, it got me hired as Managing Editor of Guitar World, and I moved to New York City in 1991, just as they were settling in to this new phase – and starting their annual Beacon runs, which had them in New York for most of the month in March, and I started being around them a lot.

Through subsequent interviews and going to a lot of shows, I got to know some of the guys really well, – starting with the guitarists Dickey Betts, Warren Haynes and Allen Woody. And I started becoming quite friendly with Warren and Woody and seeing them a lot. I went and saw Warren’s solo band at Wetlands and elsewhere many times and was an original travel when they formed Gov’t Mule in 1994. Early on, I became close with Kirk West, the band’s “Tour Mystic” and de facto historian and archivist. He liked my work, saw my passion and we collaborated on a few projects, including lengthy articles from his perspective and a few archival releases. I spent some time in the tape vault and studio with him and would often drive him to gigs in greater New York area, which would have me there many hours early, hanging out with the crew, getting to know these fantastic original crew members like Red Dog and Joe Dan Petty. Gregg and Dickey and everyone else got used to seeing me around, so when I would then interview them, it was quite different than their average interview. They got used to me and trusted me, so I was able to do things like ride buses, interview Gregg late at night in his hotel rooms and attend rehearsals. I feel very fortunate to have had those opportunities and access, but it all happened naturally over many years. You’d have to be crazy to plan on spending 25 years writing a book, but without the time spent, it couldn’t have happened.

Interestingly, the only member I never really got to know over all those years was Jaimoe, and we developed a fantastic relationship once I started actively working on the book. I spent hours interviewing him, and have spent many more talking to him, both publicly and privately since then, and he is truly one of my favorite people in the world. A very special cat, with deep insights about music and life.

How does all that impact the music of Friends of the Brothers?

I don’t know exactly, but I know what it’s supposed to sound like and feel like. The music of the Allman Brothers Band is entirely unique and it can hit you in the heart, the head and the guts all at the same time, so that’s what I want to do in this band and, as I said, I think we have the guys to do that. We approach this with both an intellectual dedication and raw passion that has nothing to do with conscious thought. I formed the band, but really just feel honored to be able to play in it, and happy to bring this approach to this music to as many people as possible. Like I said, it’s not just a gig!